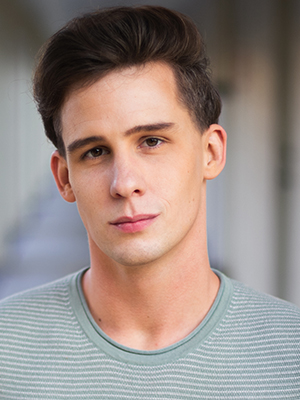 (Al, & u/s Mike, Chorus Line) is thrilled to be a part of this production of A Chorus Line, a show that is very close to him. Clint recently concluded a run as Handsome Nick in the regional premiere of A Bronx Tale at Axelrod Performing Arts, directed by Broadway Veteran Richard H. Blake. Other past credits: National Tour of The Wizard of Oz, Kinky Boots (Slow Burn Theatre), Mamma Mia! (Virginia Musical Theatre), Elf: The Musical (Gateway Playhouse), and Young Frankenstein (Short North Stage). Clint has also curated a following on social media as a model and entertainer while highlighting his southern roots. Follow his journey @clintmthompson. Thanks to the Penn Shakes Team, Friends, Mentors, and most of all his family.