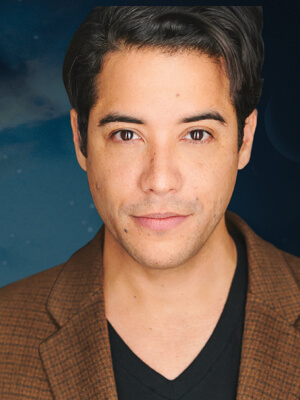 (Dan Domenech in Concert) is an American singer, director and actor best known for his portrayal of Jason Dean in Heathers: The Musical, Drew in the Broadway musical Rock of Ages and a recurring guest appearance on Glee.  Domenech has also appeared in the pre-Broadway runs of Wonderland, Sister Act, national/international tours of RENT and Rock of Ages and worked as associate choreographer for film and TV projects like Tropic Thunder, Step Brothers, Fame, The Academy Awards and Emmys.  He made his directorial debut summer of 2017 with the beta test of the revamped Heathers: The Musical before being mounted in its sold out run at The Other Palace Theatre in London (Dir: Andy Fickman). He currently sings with symphonies around the country and tours with Broadway’s Rock of Ages Band.