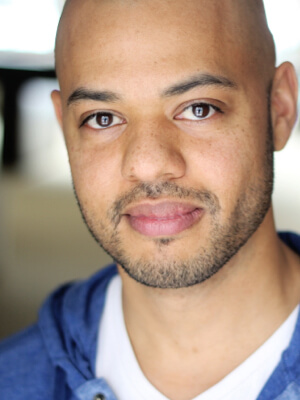 (Director, Fences) is an actor, director, teacher, husband to Katie, and Dad to Zoë. In 2021, he directed The Mountaintop at Arc Stages, Dad’s Season Tickets at Milwaukee Rep, and The Tempest at The Hudson Valley Shakespeare Festival (where he also directed Macbeth, The Two Noble Kinsman and two productions of Romeo and Juliet for the tour/conservatory company). Ryan is a co-founder and the artistic director of Esperance Theater Company, directing Twelfth Night, Youth and Ambition, and Breitwisch Farm. Additional directing: Everybody, Lost Girl, So Thrive My Soul at Milwaukee Rep (PTI Program), God of Carnage and Stick Fly at AADA, and Comedy of Errors at LIU Post. As an actor, Ryan most recently appeared Off-Broadway as John Proctor in Bedlam’s critically acclaimed production of The Crucible. Also, with Bedlam; DeadDogPark at 59E59 Theaters, Sense and Sensibility at A.R.T. and Portland Center Stage, Bedlam: The Series, and Hedda Gabler later in 2022. Additional Off-Broadway: Whorl Inside a Loop at Second Stage, Vanity Fair at The Pearl, The Killer, Antony and Cleopatra, King Lear, and Hamlet at Theatre for a New Audience. MFA: Yale School of Drama. For dad, who taught me how to tell stories.