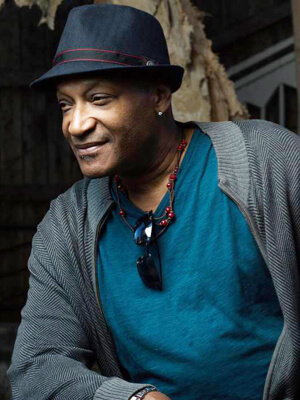 (Troy, Fences) is proud to return to PSF and be part of August Wilson’s Fences. He made his PSF debut last summer in Wilson’s How I Learned What I Learned. Other recent theater: TheaterWorks production of Dominique Morriseau’s Sunset Baby, Ghost in the House, the one man play about the late great boxer Jack Johnson, the world premiere of The Black Odyssey at Denver Center for the Performing Arts, the workshop of The Royale for the LATC at the Kirk Douglas Theater. He has also done a number of workshop seminars across the country. Tony is proud to have been in the productions of Fences, at the Geva Theatre Center; Captains Tiger, at the La Jolla Playhouse, Manhattan Theater Club, and The Kennedy Center (for which he received a Helen Hayes nomination); Zooman & the Sign at Second Stage; Home and Playboy of the West Indies, at Crossroads; Les Blancs at the Arena Stage, Huntington, and Seattle Rep. Tony originated the role of King Hedley II, at Pittsburgh Public, Huntington and Seattle Rep. Tony trained at Eugene O’Neill Theater Center and Trinity Rep Conservatory. Tony recently starred in the hit series The Flash as the sinister character ‘Zoom’, in the HBO series Room 104, and in the Freeform series Dead of Summer. Film/TV: Platoon, Lean On Me, Night of the Living Dead, The Crow, Candyman, Frankenstein, Sushi Girl, Transformers Prime, Final Destination 1,3,4,5, Le Secret, Star Trek the Next Generation, Deep Space Nine, and Voyager, The Rock, Bird, The Man From Earth, Changing the Game, Hatchet 1&2, Chuck, Hawaii 5-0, Criminal Minds, Law & Order, Homicide, NYPD Blue, X-Files, Call of Duty: Black Ops 2, Black Fox, 24, True Women, to name a few. Upcoming films: Drive Me to Vegas or Mars, From Jennifer, West of Hell among others. Presently Tony is finishing his screenplay Providence and preparing his one-man theater project Conversations with: Bayard Rustin, Woody Strode, and Lester Young. Tony is proud of his daughter Ariana and dedicates this performance to her, and continued world peace. @tonytodd54