Jason Forbach, who was recently featured in the Broadway revival of Les Misérables and Phoenix Best who made her Broadway debut in The Color Purple will star in this summer’s production of Evita at Pennsylvania Shakespeare Festival. 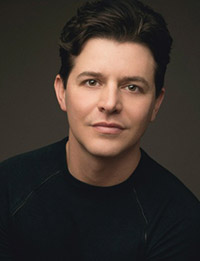 Forbach, who played Enjolras in the 2014 Tony Nominated Broadway revival and the 25th Anniversary National Tour of Les Misérables, will play the role of Eva Perón’s first love, the tango singer Agustin Magaldi.

“I’m thrilled to be joining such a prestigious company in one of my favorite shows. I think this production will be incredibly epic,” says Forbach who has appeared in the Las Vegas company of  The Phantom of the Opera and is currently in the Broadway bound revival of The Secret Garden now playing at the 5th Avenue Theater in Seattle, Washington.

Best, who made her Broadway debut in The Color Purple last year, will play Juan Perón’s mistress. She comes to the Festival following her recent performance as Deena Jones in Dream Girls at Houston’s Theatre Under the Stars.

“I am so excited to make my return to PSF this season in Evita! I cannot wait to work with Dee Roscioli and to come back to the place I called home,” says Best a DeSales University theatre graduate and a former PSF young company member whose Festival credits include Les Misérables , The Two Gentlemen of Verona, Henry V, Oklahoma!, Beauty and the Beast, and the leading role in Cinderella.

As previously announced, Broadway’s Dee Roscioli will play the title role of Eva Perón, opposite international opera star Paulo Szot as Juan Perón, and with Broadway and television actor Dan Domenech as Che.

Roscioli is best known for her long run as Elphaba on Broadway, and in the Chicago, San Francisco, and national touring productions of the hit musical Wicked. 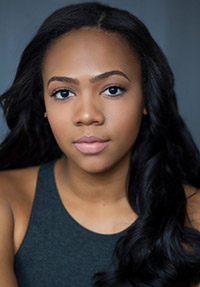 Szot won the Tony Award for Best Leading Actor in a Musical for his portrayal of Emile De Becque in the Broadway revival of Rodgers & Hammerstein’s South Pacific at Lincoln Center Theater.

Domenech is best known for starring in the role of Drew in the Broadway musical Rock of Ages and for his recurring role on Fox television’s hit series Glee.

This production will be directed by PSF Associate Artistic Director, Dennis Razze, veteran director of all PSF musicals.

Evita runs June 14 through July 2 at the Labuda Center for the Performing Arts on the Center Valley campus of DeSales University.

As in past season’s, the musical is expected to sell-out all 22 performances. The Festival encourages patrons to order tickets early for best seating options.

In addition to Evita, the season will include two Shakespeare titles: the comedy As You Like It and the Festival’s “Extreme Shakespeare” production of Troilus and Cressida, which is not often produced. [With “Extreme Shakespeare,” actors arrive with their lines learned, rehearse on their own, wear what they can find and open in a matter of days.]

The summer season includes a mystery comedy, The Hound of the Baskervilles, in which three actors play 16 roles, a la the Festival’s 2013 production of The 39 Steps; and Alexandre Dumas’ swashbuckling The Three Musketeers, adapted by playwright Ken Ludwig and directed by world-renowned fight choreographer Rick Sordelet.

The season runs June 2 through August 6.

The Festival’s season is sponsored by David B. Rothrock and Patrina L. Rothrock. Associate Season Sponsors are the Harry C. Trexler Trust, Linda Lapos and Paul Wirth, and the Szarko family. The season media sponsor is The Morning Call.

Phoenix Best made her Broadway debut in The Color Purple, (Swing; understudy: Squeak and Olivia). Regional Theatre, Deena Jones, Dream Girls, Houston’s Theatre Under the Stars; Pennsylvania Shakespeare Festival: Les Miz, The Two Gentlemen of Verona, Henry V, Oklahoma!, Beauty and the Beast, Much Ado About Nothing, and the leading role in Cinderella.

Dan Domenech is best known for starring in the Broadway musical Rock of Ages and for his work on the Off-Broadway cult hit Heathers: the Musical.  He’s also known for appearing on Fox television’s Glee and Gotham.

A Long Island native, Domenech was an active member of the Long Island theater community before booking his first tour in the Tony Award-winning musical RENT.  He went on to originate roles in the pre Broadway runs of Wonderland and Sister Act: The Musical as well as donning 6 inch heels in the Tony Award-winning musical Kinky Boots at the Royal Alexandra theater in Toronto.

Following his run in Evita, Domenech will be appearing with the Missouri Symphonyon July 14th  as part of the concert series Rock On.

The Festival’s award-winning company of many world-class artists includes Broadway, film, and television veterans, and winners and nominees of the Tony, Emmy, Obie, Outer Critics Circle, Drama Desk, Jefferson, Hayes, Lortel, and Barrymore awards. A leading Shakespeare theatre with a national reputation for excellence, PSF has received coverage in The New York Times, The Washington Post, NPR, American Theatre magazine, and the Philadelphia Inquirer. “A world-class theater experience on a par with the top Bard fests,” is how one New York Drama Desk reviewer characterized PSF.

Founded in 1992 and now the Official Shakespeare Festival of the Commonwealth of Pennsylvania, PSF’s mission is to enrich, inspire, engage, and entertain the widest possible audience through first-rate productions of classical and contemporary plays, with a core commitment to Shakespeare and other master dramatists, and through an array of education and mentorship programs. A not-for-profit theatre, PSF receives significant support from its host, DeSales University, and from the Pennsylvania Council on the Arts. With 150 performances of seven productions, the Festival attracts patrons each summer from 30+ states. In 25 years, PSF has offered 161 total productions (69 Shakespeare), and entertained 850,000+ patrons from 50 states, now averaging 38,000+ in attendance each summer season, plus another 15,000 students each year through its WillPower Tour. PSF is a multi-year recipient of awards from the National Endowment for the Arts: Shakespeare in American Communities, and is a constituent of Theatre Communications Group, the Greater Philadelphia Cultural Alliance, the Lehigh Valley Arts Council, and the Shakespeare Theatre Association. In 2013, leaders of the world’s premier Shakespeare theatres gathered at PSF as the Festival hosted the international STA Conference.