A Mystery of Irma Vepp – A Penny Dreadful 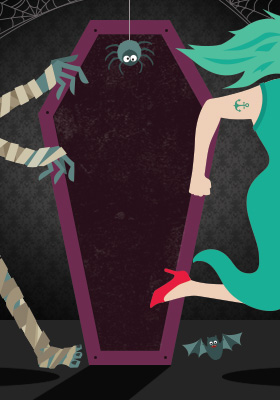 Lauded as “the funniest two hours anywhere” by The New York Times and “lunatic fun that keeps you in stitches” by The Daily News, this madcap mystery features werewolves, vampires, ghosts, and damsels in distress. In a parody of the gothic literary “penny dreadful” tradition, Charles Ludlam’s spoof reaches from the eerie moors of England to the depths of an Egyptian tomb. A hilarious sendup of Victorian melodrama, this comedic, quick-change tour-de-force features an unforgettable cast of characters—all played by two actors—and promises to leave you breathless with delight. Ages 12+

The Mystery of Irma Vep – A Penny Dreadful is presented by special arrangement with SAMUEL FRENCH, INC.

“Under Helsinger’s ‘hellzapoppin’ direction, combined with Choreographer Stephen Casey, there’s so much going on, at such a rapid pace, that you’re laughing before your previous laugh subsides.”

“Mullen and DePlanche throw their talent into each portrayal with abandon.”

“DePlanche is a genius of the slow take, slow burn, sly turn of phrase and body.”

“Mullen is a genius of the whip-smart, razor’s edge, sharply-drawn tilt of head, angular body and drop-dead stare.”

“Vampires, detectives and lots of laughs.”

“Superb backstage crew…half the joy in seeing it is marveling at the skill involved by the stagehands.”

“This Vep is polished and professional.”

“Kudos to costume designer Lisa Zinni for supplying a treasure trove of threads.”

“Helsinger directs the two-hour romp at breakneck speed, landing the humor and guiding his actors brilliantly.”

“You can tell they’re enjoying every minute, and you can’t help relishing the energy they exude.”

“The physical comedy and frequent quick-changes of these two incredibly talented performers boggle the mind.”

“The cozy Schubert is perfect for pulling the audience right into action.”

“DePlanche totally owns the part….the ease with which he moves back and forth between the roles is a testament to his versatility.”

“Mullen exudes a totally non-self-conscious physicality that is hilarious…brilliant.”


By Lara Notarianni Modern audiences seem to have an obsession with true crime podcasts, Netflix series, and TV shows. Yet retellings of real crime and horror stories now available on our devices are not a new phenomenon. From the 1830s, wide audiences turned to “penny papers” for cheap entertainment. These tabloid-like publications sold for a […] 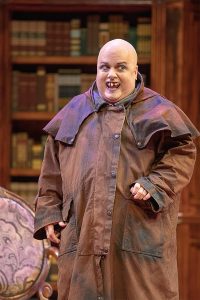 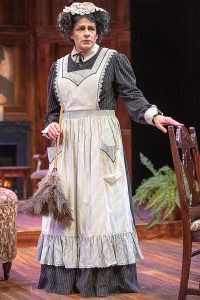 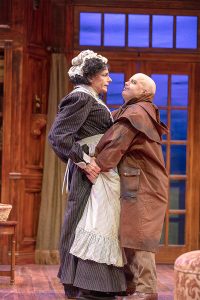 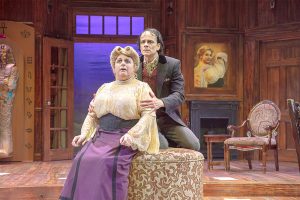 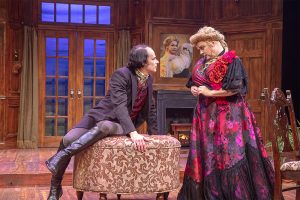 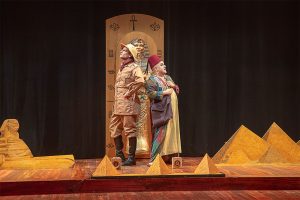 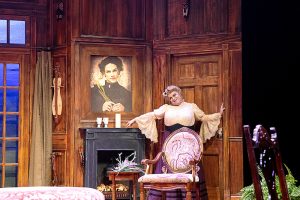 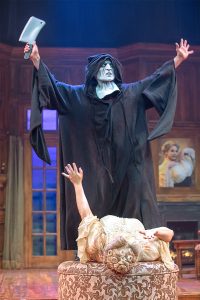 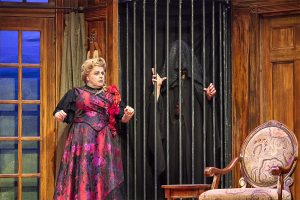 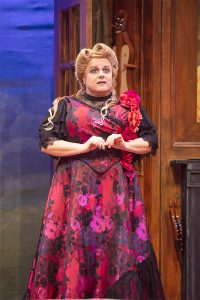 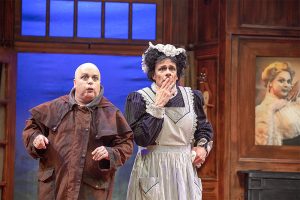 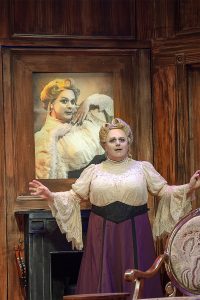 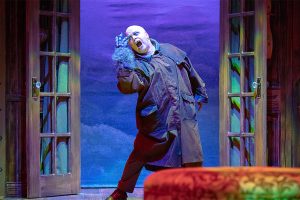 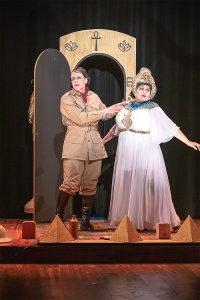 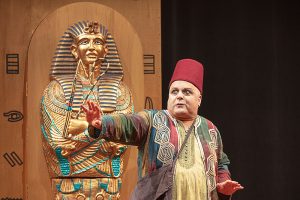 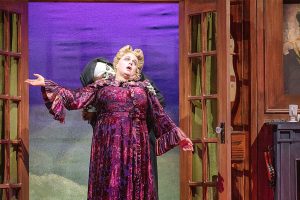 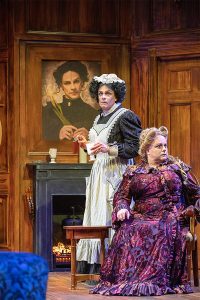 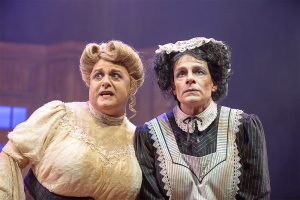