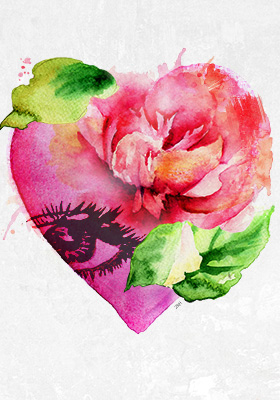 Four idealistic young men foreswear food, fun, and women to dedicate themselves to study and fasting. But when Rosaline, Maria, Katherine, and the Princess arrive, the men’s vows are put to the test. A sweet romantic comedy full of mistaken identities, confessions of love, and heart-felt affection.

“Extreme Shakespeare.” This production will be rehearsed the way Shakespeare’s company would have rehearsed it: actors arrive with their lines learned, rehearse on their own, wear what they can find, and open in a matter of days. No director, no designers. Just great actors, a great play, pure adrenaline, spontaneity, creativity and fun. Ages 8+

“PSF manages year after year to assemble actors who make ensemble magic.”
“The play’s airy delights, summarized in the prince’s line, “Are we not all in love?” shine through, as does the combination of hopefulness and melancholy at its end.”

“This production has a polish and a sense of ingenuity that make for a merry take on a predominantly lighthearted play.”
“Anthony Lawton… runs away with the show with a deliciously over-the-top performance as Don Adriano, a Latin lover and would-be tough guy.”
“With a nice mixture of romance and raucousness, Pennsylvania Shakespeare Festival’s entertaining Love’s Labour’s Lost makes for an enjoyable and resourceful take on a lesser-known Shakespeare comedy.”

“…an electrifying show that is a cross between Shakespeare and the improvisational comedy of Chicago’s Second City.”
“…doubly hilarious, since the love-worn men do not seem to realize that their own silliness is being comically mirrored.”
“A very funny night”

LOVE’S LABOUR’S LOST: THE FOLLY OF OATHS AND THE WISDOM FROM LOST LOVE


Love’s Labour’s Lost: The Folly of Oaths and the Wisdom from Lost Love By Heather Helinsky, Dramaturg In Love’s Labour’s Lost, the men have returned successful from wars and are retreating from the world to conquer peace. The King of Navarre turns his court into a “little Academy” in hope of finding philosophical wisdom, yet wisdom […] 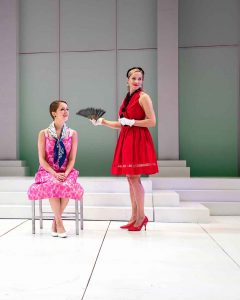 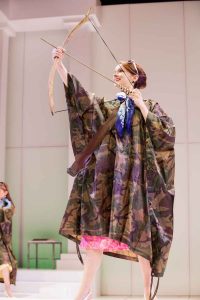 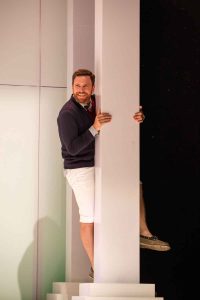 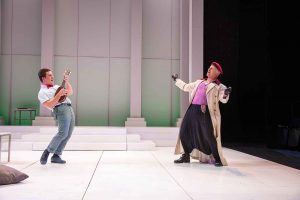 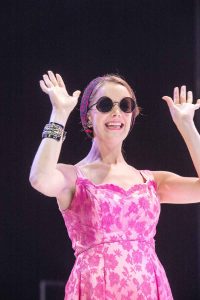 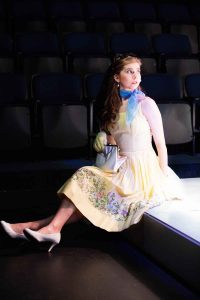 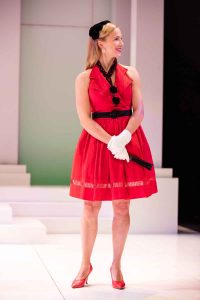 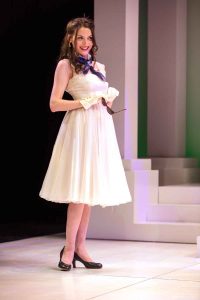 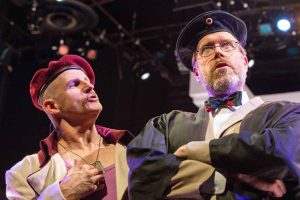 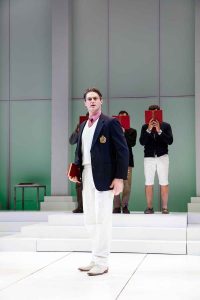 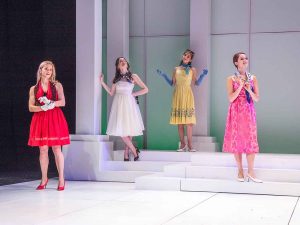 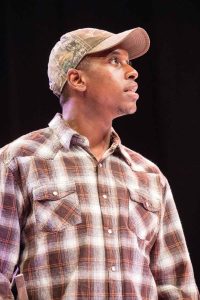 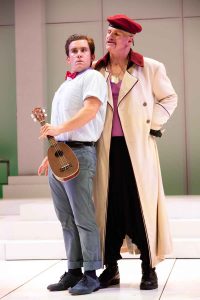 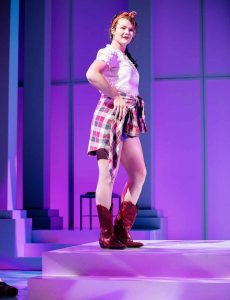 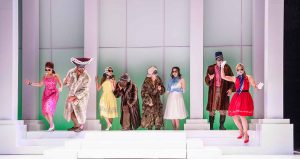 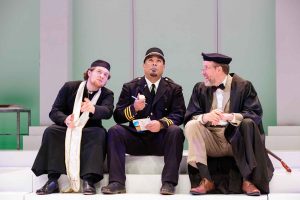 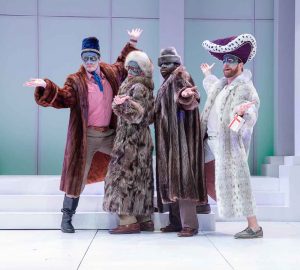 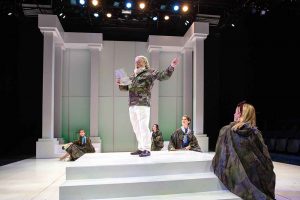 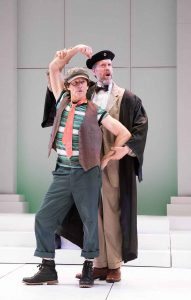 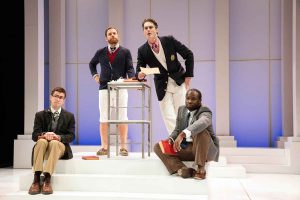 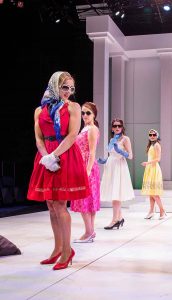