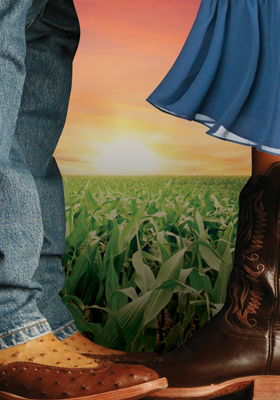 “Cain’t say no to this beautiful mornin’.”

A vibrant musical celebration of the pioneer spirit that built America. With a rousing score, exuberant dances, and passionate love story, Rodgers and Hammerstein’s first collaboration resonates with themes of progress, community, and freedom. Iconic songs like “People Will Say We’re in Love,” “The Surrey with the Fringe on Top” and “Oh, What a Beautiful Mornin'” capture all the joy and hope beyond the struggles of the settlers’ life in the Midwest. Recommended for ages 6+.

“A show full of glorious singing.”

“There is chemistry on this stage and not just between the different love matchups, but among the entire cast.”

“And is there ever some mean dancing…with big-arced whirls and joyous swirls.”

“Of the myriad productions of the show I have seen in more than three decades of reviewing, the PSF’s current staging stands out as one of the most artistically successful.”

“Razze has cast ‘Oklahoma!’ without a weak link.”

“Sean McGee, as Will Parker, dazzles with his dancing.”

“An extraordinary evening of artistry…. An exuberant, stupendous and memorable production.”

“From the moment Doug Carpenter (Curly) opens his mouth for the show opening ‘Oh, What A Beautiful Morning,” you realize you’re in the presence of greatness.”

“Carpenter shines and the voice of Christine Negherbon (Laurey) glistens in their duet.”

“Bateman in outstanding for ‘Lonely Room.'”

“The magnificent Rodgers and Hammerstein musical score is filled with one singable hit song after the other.”

“Doug Carpenter has a magnificent voice.”

“Voices seem to float together in melodious harmonies.”

“Brent Bateman gives an unforgettable performance as Jud Fry…. His duet with Curly, ‘Pore Jud is Daid,’ is a masterpiece of satiric sarcasm and villainy.”

“Full of energy… Romantic and atmospheric.” 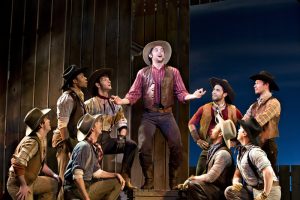 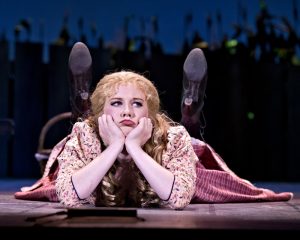 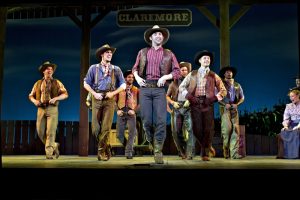 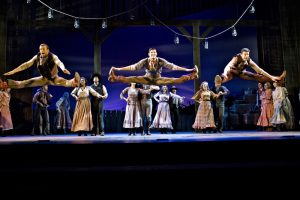 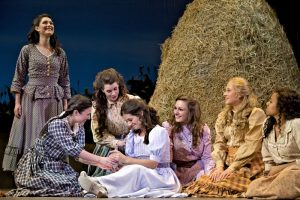 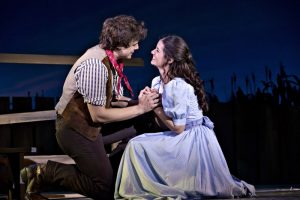 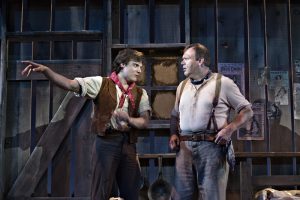 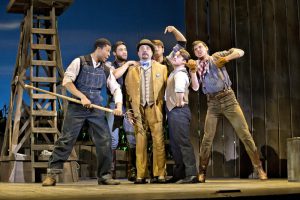 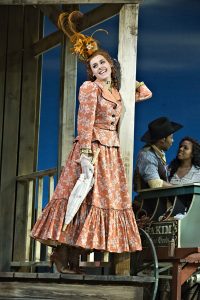 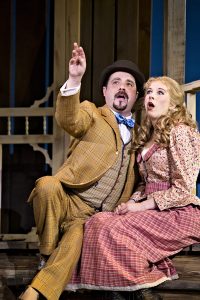 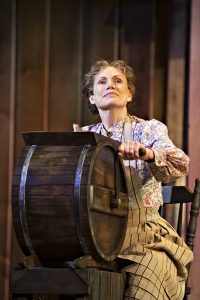 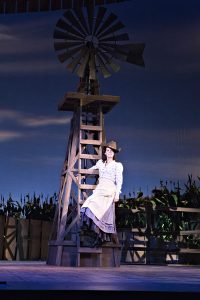