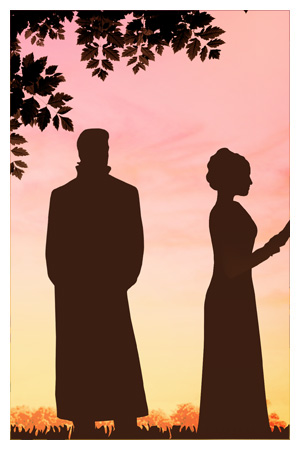 Adapted by Jon Jory
From the novel by Jane Austen

In Rep with Hamlet

All the wit and romance of Austen’s classic novel springs vividly to life in this refreshing and engaging new adaptation. When independent-minded Elizabeth Bennet meets the handsome but enigmatic Mr. Darcy, she is determined not to let her feelings triumph over her own good sense. Can they look beyond pride and prejudice to find love in an age that says they should not? One of those most celebrated stories in literature comes to the Festival stage. In repertory with Hamlet, featuring the same cast.

“It takes less than two minutes to be completely and utterly enchanted and seduced by the wit, style and charm of the Pennsylvania Shakespeare Festival production of Jane Austen’s Pride & Prejudice.”

“Feel good merriment at its best.”

Director Erin Hurley is blessed with a cast so in tune with Austen’s characters that the entire evening is a fabulous visual incarnation of Austen’s wonderful world of Regency manners.

The leads, Mairin Lee and Michael Brusasco, are perfectly paired as Elizabeth and Darcy. Lee is a smart, witty and beguiling young woman whose cynical bon mots hit their targets with sparkling accuracy. …Brusasco is also perfect as the proud, haughty and diffident Darcy.

“The deliciously delightful comedy is so brilliantly conceived and mounted you may want to see Pennsylvania Shakespeare Festival’s production, through Aug. 7 more than once.”

“Wayne S. Turney only needs a moment or a line to generate gales of laughter and does so on several occasions. Turney meets his match in Jo Twiss as Mrs. Bennet.”

“The final scene between Elizabeth and Darcy is so powerful as to elicit “Ahs” of satisfaction from the audience. After all, who doesn’t like a happy ending?” 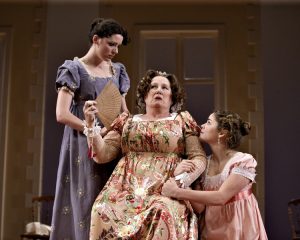 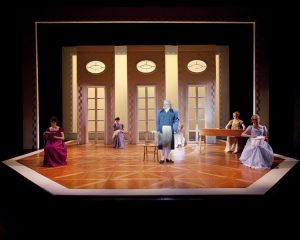 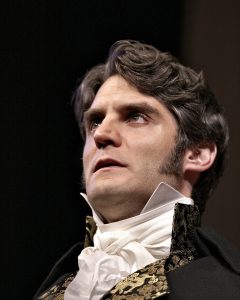 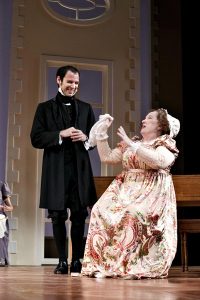 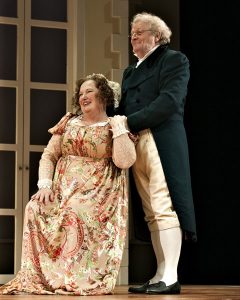 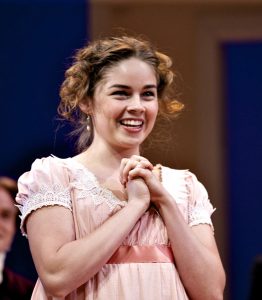 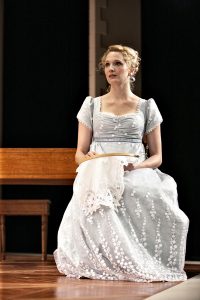 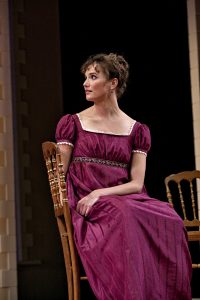 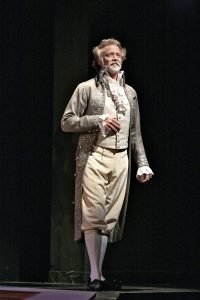