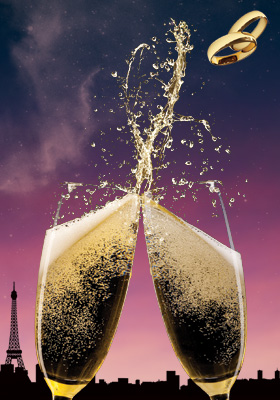 After a volatile marriage of volcanic proportions, Amanda and Elyot have divorced and are each newly married to new, sensible spouses. Chance has brought the two couples to adjacent honeymoon suites with adjoining balconies where the fires of former fervor prove irresistible. With the comedic weaponry of Coward’s lightning cleverness and razor-sharp wit, sparks fly as the couple renews their tempestuous relationship. They fight to maintain effervescent decorum against the force of fiercer passions, but their self-restraint is no match for the kind of relationship one cannot live with or without. Lauded as “two hours of comic bliss” by The Telegraph, this delectable comedy of manners delivers scintillating satire—shaken, not stirred. Ages 13+

“Lovely duo and solo dances as staged by Choreographer Stephen Casey and realistic-looking altercations of Amanda and Elyot as executed by Fight Director J. Alex Cordaro.”

“The contrast among the four main characters is excellent.”

“Eleanor Handley gives a bravura performance as Amanda. She presents Amanda not as a churlish vixen, but rather an independent woman of passion, strength and beauty. Her body language is grand, relaxed and enthusiastically liberated.”

“Miller and Handley’s duet at the baby grand, singing “Some Day I’ll Find You” is bittersweet, and one of the play’s highlights.”

“Luigi Sottile is so good as Victor He creates a solid, doltish, bemused character who’s as clueless as he is sweet.”

“Talley Gale as Sibyl creates no idyll for anyone in her forthright, no-nonsense yet somehow lovable portrait of a woman.”

“Proving the adage that there are no small roles is Taylor Congdon, memorable as Louise the maid.”

“Costume Designer Sarah Cubbage is true to the era and characters, glamorous and swanky for the females, and sophisticated and gentlemanly for the males.”

“Do yourself a favor and take in Private Lives.”

“Noel Coward’s inimitable masterpiece springs to life in a vibrant staging as nonpareil as the play itself.”

“The show sweeps you away with splashy staging and the actors’ masterful delivery of Coward’s nonstop, ill-tempered repartee.”

“It is well-traveled Broadway actor Matthew Floyd Miller as Elyot, and PSF star Eleanor Handley as Amanda who are gifted with most of Coward’s zingers.”

“Sparks fly and witty wordplay zings as the talented actors take the audience on
a highly entertaining ride that is as smart as it is funny.”

“Matthew Floyd Miller is brilliant as the insouciant, self-indulgent and flippant Elyot, from whose mouth barbed one-liners drip like rain.”

“As his worldly ex, Amanda, the excellent Eleanor Handley is every bit a match for Miller’s Elyot. Her Amanda is self-assured, strong-willed and oh so cosmopolitan.”

“But the true joy is in experiencing Coward’s sophisticated wit delivered by this wonderful cast.”

“Dennis Razze’s direction is on-spot and funny, bringing out every subtlety of the script.”


By Dennis Razze, Associate Artistic Director I first became aware of the playwright, composer, and raconteur Noël Coward when I was in college. The fledgling Allentown College theatre company produced his musical comedy Red Peppers. This 1936 musical in one act was part of a collection of plays known as Tonight at 8:30. The original production starred Noël […] 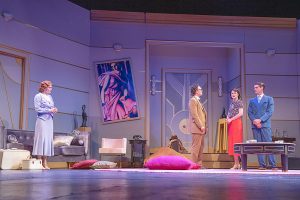 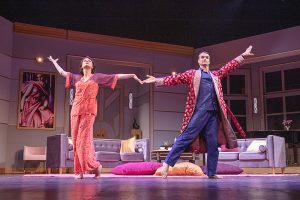 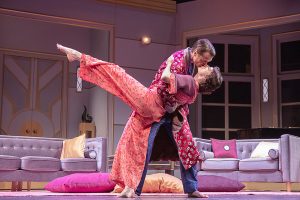 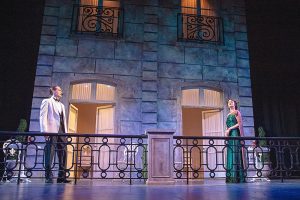 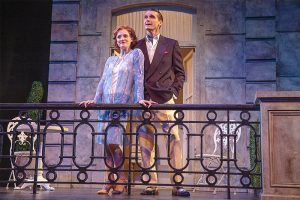 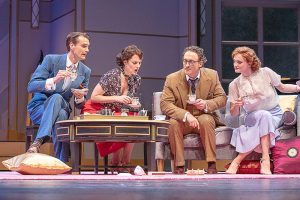 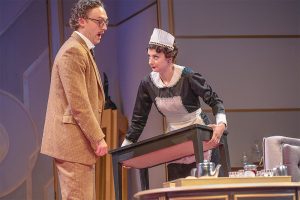 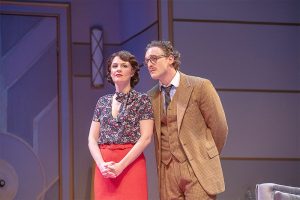 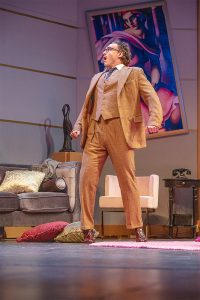 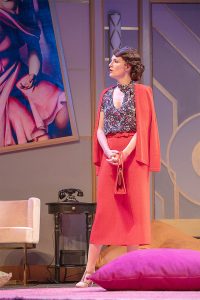 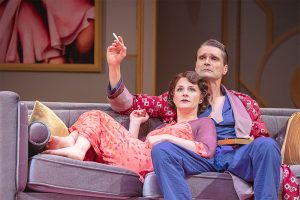 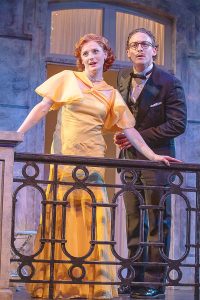 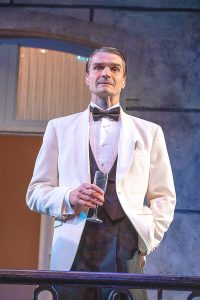 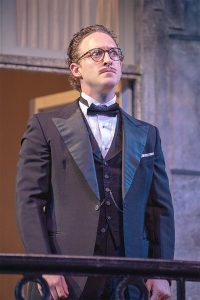 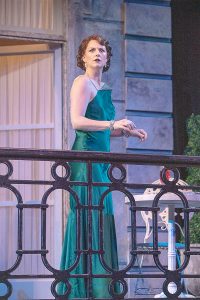 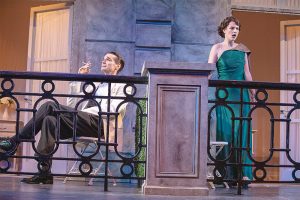