“Uneasy lies the head that wears a crown.”

The next chapter in Shakespeare’s epic cycle, Henry IV, Part 2 continues the richly layered coming-of-age tale begun in King Richard II and Henry IV, Part 1 of previous seasons. King Henry IV is in failing health as his kingdom is threatened by swirling conspiracies and enemies at the borders. Prince Hal must distance himself from a life of frivolity to reconcile the public and private life as the mantle of kingship passes from father to son. The irrepressibly decadent Falstaff is forced out of the tavern to face his duty on the battlefield with an exacting eye to a future when Hal is king. Shakespeare’s dramatic tale of family, betrayal, and rebellion illuminates the magnitude of honor and duty in the making of a monarch. 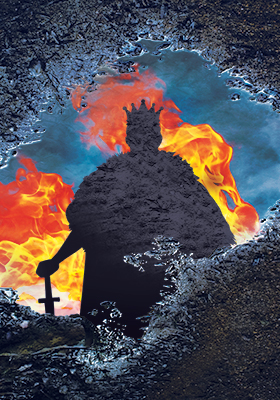