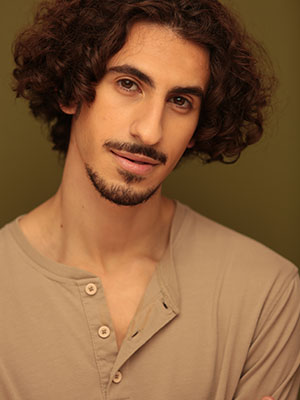 Mark Yowakim (Ensemble & Lysander u/s, Midsummer; Templeton, Charlotte; Biron, LLL) (he/him) is a recent graduate of DeSales University with a BA in Musical Theatre and is excited for his 4th and final year as a member of the Young Company. PSF credits: Ragtime, Richard II, Shakespeare in Love, Henry IV, Part 1, and The Adventures of Robin Hood and Maid Marian. He has been a part of a new play reading of Backstroke Boys at Fault Line Theatre. Film credits: Stuck In The Valley and Just For Us. After this summer, Mark plans to move to New York City to pursue his career in performing.