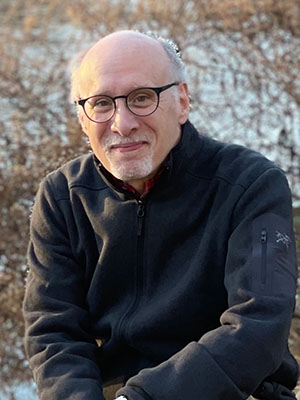 (Associate Artistic Director; Director, Chorus Line) was one of the founding members of PSF back in 1992. Since then he has directed over twenty productions for PSF including Ragtime, Les Misérables, Evita, Sweeney Todd, South Pacific, West Side Story, Oklahoma!, Fiddler on the Roof, 1776, Cyrano de Bergerac, My Fair Lady, Man of La Mancha, Amadeus, Twelfth Night, The Taming of the Shrew and A Midsummer Night’s Dream. Mr. Razze has been a faculty member at DeSales for the last thirty-eight years and served as chair of the theatre department from 2003 to 2020. Besides directing, Mr. Razze has worked as an actor and a composer having composed the scores for many PSF and Act One productions. However, perhaps his biggest claim to fame is that he appeared as the Rabbi in the music video of The Clash’s hit song “Rock the Casbah.”