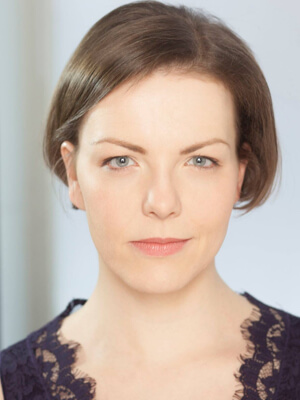 (Director, Young Company Shakespeare Project) is the director of over 50 productions in the Mid-Atlantic region and Off-Broadway. For Lantern Theater Company, where she was the Associate Artistic Director: Arcadia, Mrs. Warren’s Profession, Uncle Vanya, Doubt (named one of the Best Plays of 2015 by the Philadelphia Daily News), The Beauty Queen of Leenane (named Best Production of the Season by Philadelphia Weekly), and The Hothouse (Barrymore nominations for Outstanding Direction & Production). Other credits: Delaware Theatre Company, InterAct, Shakespeare in Clark Park, and several shows for Theatre Horizon, including the Barrymore-nominated I Am My Own Wife and The Revolutionists. In 2015, KC was named one of Billy Penn’s Who’s Next: 16 Young Philadelphians Shaping the Arts Scene.