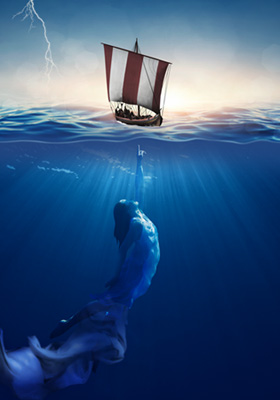 An exotic tale of adventure and romance

Exotic adventures, dark mysteries, and enchanting love carry the handsome warrior Pericles, Prince of Tyre across the seas, into brothels and castles. After losing his wife and daughter, he unexpectedly discovers joy in a scene considered “one of the extraordinary sublimities of Shakespeare’s art.” PG10

Please note: This production will be rehearsed the way Shakespeare’s company would have: Actors arrive with their lines learned, rehearse on their own, wear what they can find, and open in a matter of days. No director, no designers. Just great actors, a great play, pure adrenaline, spontaneity and creativity.

Pennsylvania Shakespeare Festival’s productions of Henry V and Pericles are part of Shakespeare in American Communities, a program of the National Endowment for the Arts in partnership with Arts Midwest.

“’Pericles’ … genuinely entertains. It boasts the spontaneity of an improvisation and provides insight into the art of making theater.”

“The epic story of ‘Pericles,’ in Shakespeare’s telling, has it all …And it’s even more fun the way The Pennsylvania Shakespeare Festival is doing it.

“A bright evening, a spirited rendering.”


FOR IMMEDIATE RELEASE July 16, 2015 Contact: Lisa Higgins 610.282.WILL, ext. 4 Lisa.Higgins@pashakespeare.org Center Valley, PA—Exotic adventures, dark mysteries, and enchanting love carry a handsome warrior around the Mediterranean Sea in Shakespeare’s romantic Pericles, which previews July 22 and 23, opens July 24 and continues through August 2 at the Pennsylvania Shakespeare Festival on the […]

A Romantic Hero Adrift on the Stormy Mediterranean Sea


Pericles: A Romantic Hero Adrift on the Stormy Mediterranean Sea By Heather Helinsky, Dramaturg When one thinks of Shakespearean storms, the first thing that might come to mind is the opening of The Tempest or King Lear shouting at the heavens to “Blow, winds, and crack your cheeks! rage! blow!” Or Viola in Twelfth Night worried that her twin brother […]

Around the Ancient World with Pericles


Around the Ancient World with Pericles By Heather Helinsky, Dramaturg ANTIOCH: located on the Orontes River near the Amanus Mountains in Syria, central in the spice trade. It was a leading city in the rise of Christianity because of an ancient school for Biblical studies. Located on a major fault line, this heavily contested ancient […]


Pericles Plot Synopsis By Heather Helinsky, Dramaturg In Antioch, King Antiochus has offered his daughter to anyone who can solve a riddle, but the penalty for guessing wrong is death.  Pericles, prince of Tyre,  discovers the answer, but in correctly guessing, he reveals the incestuous relationship between Antiochus and his daughter. Pericles flees Antioch and returns to his […]

PRODUCER’S NOTE:
We believe that Shakespeare’s actors were expected to perform plays on short notice and might present a dozen different plays in the span of a few weeks, leaving little time for the extended rehearsal processes that theatres employ today. With Pericles, PSF is employing something akin to the presumed Elizabethan rehearsal method, bringing patrons one step closer to the excitement and spontaneity an audience member might have experienced in an Elizabethan playhouse.

PSF typically rehearses each production six days a week for three and a half weeks. In contrast, we believe Elizabethan actors memorized their lines and prepared their characters outside of rehearsals and rehearsed fights, dances, and songs just days before the first performance.

For this production, the actors arrived with their lines learned, rehearsed for a few days, staged the play themselves, wore what they could find, and opened in less than a week. There is no director—the position didn’t exist in 1608—and no designers in the conventional sense. The script cutting and cast doubling schemes were developed by Jim Christy and Patrick Mulcahy. Scenic elements created by Bob Phillips and Samina Vieth for Around the World in 80 Days have been commandeered for this performance, as have elements of Eric Haugen’s lighting. 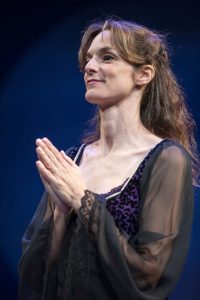 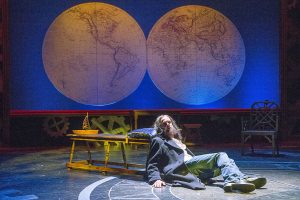 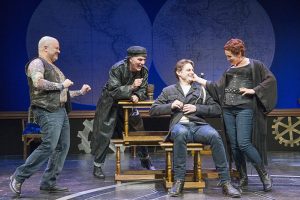 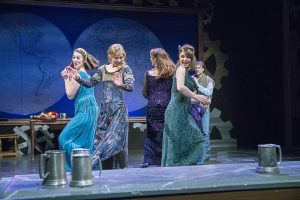 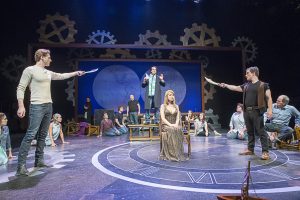 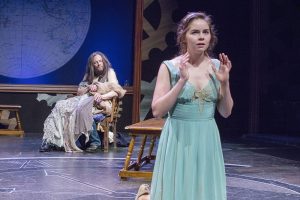 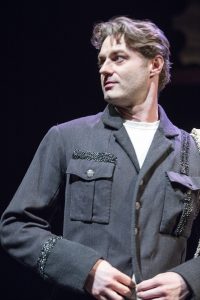 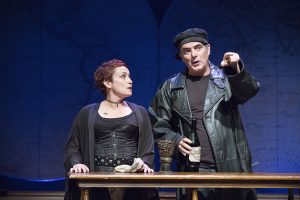 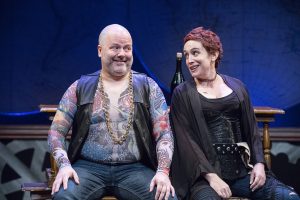 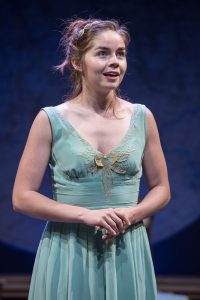 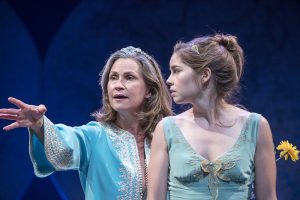 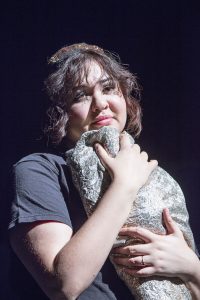 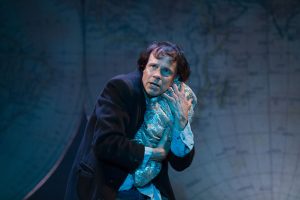 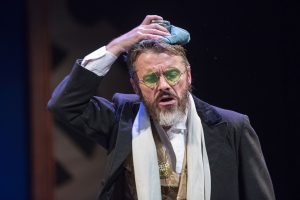 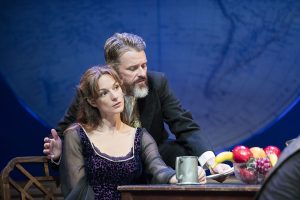 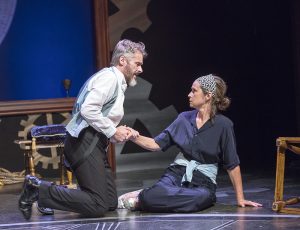 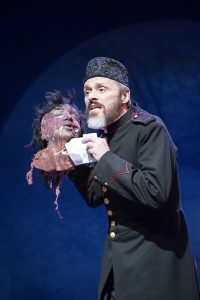