A maze of murder and espionage entangles our innocent, mild-mannered protagonist as he navigates a flirtatious blonde, an on-stage plane crash, and death-defying spectacles. Winner of two Tony and Drama Desk awards and The Olivier Award for Best New Comedy, this madcap spin on the Hitchcock masterpiece adds a splash of Monty Python, and 150 characters played by only 4 actors. The perfect love-letter to the magic of the theatre. Recommended for ages 6+.

“An evening of laughter and magical illusion.”

“I apologized to those sitting near me. I just couldn’t stop laughing.”

“Beyond wonderful…. Must be seen to be believed.”

“Hilarity ensues from the moment that four actors in multiple roles – so many I lost count – step on stage.”

“Burns disappears into his characters so remarkably you don’t realize he’s the same actor.”

“At once ridiculous and brilliant.”

“The wildly talented quartet of actors is at its most astonishing when they re-create the train sequence, complete with a chase outside and on top of the train.”

“Theatrical genius.… A gem of a production.”

“Hilarious…. Not to be missed.”

“Matt Pfeiffer’s direction of this production found new and innovative ways to make me laugh.”

“PSF finds many excellent leading actors…. May be the best cast I have seen in any regional theater production.”

“Great acting…. This is the best comedic duo I have seen in a long time. 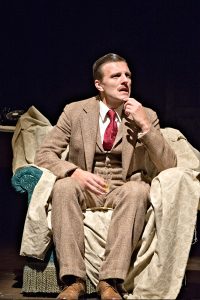 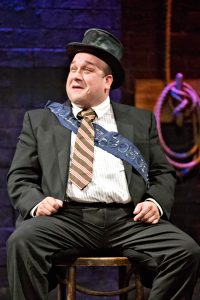 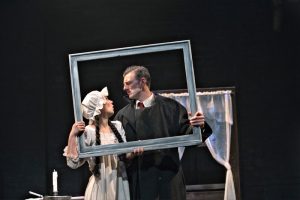 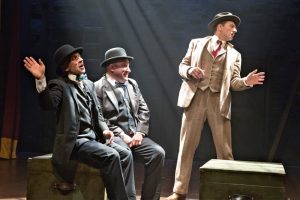 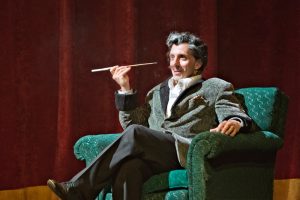 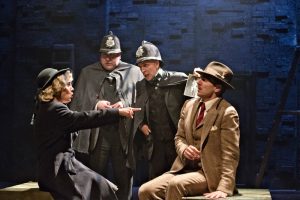