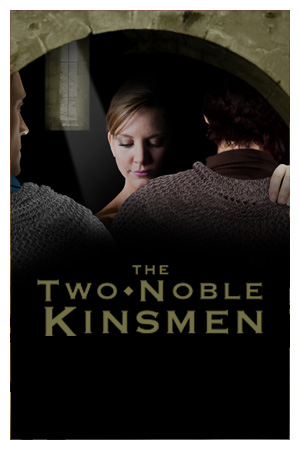 By William Shakespeare and John Fletcher

Shakespeare Untamed! For the first time ever at PSF: a play by Shakespeare rehearsed by methods akin to those in Shakespeare’s time. Actors arrive with their lines learned, rehearse on their own, wear what they can find, and open in a matter of days. No director, no designers. Just great actors, a lyrical and romantic play, and pure adrenaline and spontaneity. Two nobles – cousins who are best friends – fall in love with the same beautiful woman, leading to unexpected twists of fate.

“The cast not only puts on a Shakespeare that’s not typically performed (and more’s the pity for that, the Bard might protest), but makes it memorable. From scratch.”

“A spirited romp…. Ian Bedford is a grand and heroic Theseus, Both Spencer Plachy as Arcite and Thomas Matthew Kelley as Palamon have a wonderful sense of comedy and timing.”

“The approach seems to have freed the actors, given them a renewed measure of spontaneity and intensity.”

“Ian Bedford and Lauren Lovett, as Duke Theseus of Athens and his bride-to-be Hippolyta, Queen of the Amazons, are delightful.”

“Thomas Matthew Kelley and Spencer Plachy wonderfully plumb and spoof the cousin princes, Palamon and Arcite from Thebes, who vie for the affection of Emilia, played splendidly by Eleanor Handley.” 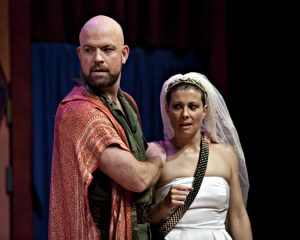 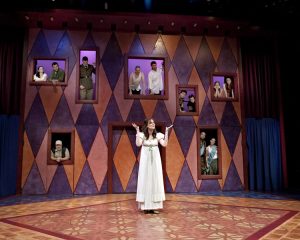 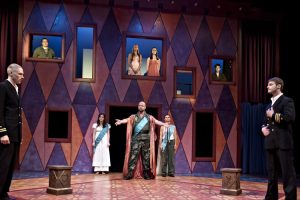 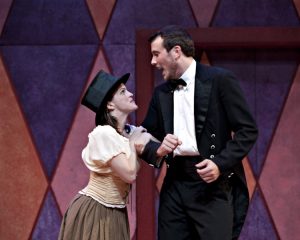 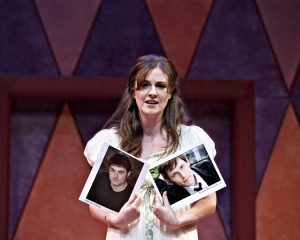 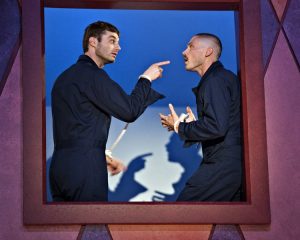 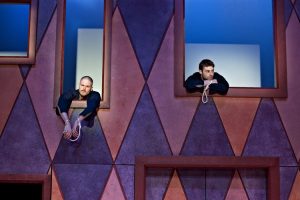 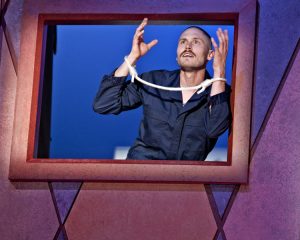